This is the last part of my five part Storytime series about my run-in with a person that seemed to have narcissistic personality traits. Although the experience was surreal, there were some enjoyable moments. Those moments were not enough to make me endure the dysfunction that appeared to be on the horizon. It felt wrong, so I left. It was the ONLY choice I could make for my peace and happiness.

When I started this relationship, I honestly thought this one might have some longevity. After being chronically single for a long time, I had high hopes upon entering this relationship. However, the thing about being chronically single and being happy with that is you really learn to LOVE who you are as a person. That allows you to enjoy your own company overwhelmingly. I always tell the people I’m in a relationship with that they are competing with how much I love my own company. Ultimately, loving myself allowed me to survive this real deal shit show in a way that left me relatively unscathed and very much at peace with my choice to abandon all efforts in salvaging this broken relationship. Many people that have come face to face with a narcissist can’t say that. For that, I am blessed.

I’m writing about this not because I feel like sharing way more of my business than usual but because I’m sure some people have no idea narcs are out here disrupting happiness and destroying lives. To the unsuspecting, these folks can appear like run-of-the-mill assholes. However, that’s not the case because they are way worse.

The insidiousness of those considered real deal narcissists is nothing short of evil incarnate. These narcs walk the earth with charming and beautiful exteriors all while having evil lurking in their rotten souls. They strategically prey upon good people with the evil intent to destroy them emotionally and mentally due to THEIR internalized brokenness. They manipulate their prey to break down the self-esteem of their unsuspecting partners in the most manipulatively heinous manner. If that’s not evil, I’m not sure what is.

In part 4, I talked about the triangulation strategies the narc seemed to get off on, which had minimal impact on me. Thank GOD. I think that was because I found the relationships with the ex weird and unhealthy. I was very removed from it to a certain degree. So I just found the connection weird and unhealthy for THEM, not ME. Since that was the case, I could essentially push the weirdness to the back burner of my mind. Once I understood the triangulation thing, it seemed less weird and more insidious.

So, by early 2022 I knew this relationship would end soon due to the chaos and weirdness which was distracting me from much more important things in my life. I felt like the adult thing to do was to give the narc a list of the things I was not pleased within this relationship. I needed them to know my feelings before I bounced. Open communication is so important. After getting the list, the narc’s behavior got weirder and meaner. It was then that I started to really think there was an issue beyond them just generally having asshole tendencies. That’s when I began to really research [Narcissistic Personality Disorder] NPD. Again, I will preface that I am NOT a behavioral or mental health specialist. I can’t say that the narc was definitely a narc, but I can say their behavior lined up with 99% of the traits of those who have this behavior disorder.

January moved into February, which meant Valentine’s Day was on the horizon. My brain told me, “Don’t do it, Ms. Sealy,” regarding celebrating the day with them, but other parts of me said, “do it, girl, do it.” I continued to have thoughts of canceling Valentine’s Day. I knew things were on shaky ground because the narc’s behavior was getting worse, and they were starting to exhibit some tactics meant to control. Of course, those didn’t work because I’m an adult, I’ve been managing my whole ass life for a long time, and I’d never allow someone to dominate me like that. I don’t want to control others. However, I’ll never let another person overpower me. That is just not my ministry.

Against probably what was my better judgment and at the risk of getting hoovered, I spent Valentine’s Day with the narc. I admit it was a relatively nice day all around. The narc was actually really sweet, but I really wasn’t fooled by this point. By the end of it, I realized the narc tried to hoover me. I also knew this relationship’s days were, numbered.

Hoovering is when the narc feels like they are losing control, and they literally love bomb your ass to try to reel you back in. Yes, hoover like a vacuum.

So on Valentine’s Day, the narc was hoovering, and I was preparing for the drought of being single again. I should be ashamed of focusing on storing for the drought, but I wasn’t. Save the judgment for your mama. 😜 A sista has needs. ANY.WHO. I knew the narc believed they had effectively hoovered me back into their nonsense. I knew differently.

There was a shit got real moment for me right after Valentine’s Day. I knew the climate in this relationship was getting dicey. I told them I needed a bit of a step back from the relationship because they brought too much chaos to my life. The narc must have felt like they were losing the imaginary control they had in this relationship. Instead of giving me the space I asked for, they turned up the speed on the crazy car. They tried to exert more control and pushed back against every boundary I had. When I called them on that, it got worse. The acting out and aggressive pursuit of controlling me continued to increase. I’m thinking like, “yo’ can you not read the room? You can’t control me, and these boundaries are not going anywhere.”

That last hard push against my boundaries was served up with a little verbal nastiness. That was a deal-breaker for me. I don’t argue, raise my voice or throw verbal maliciousness at people. I will never go back and forth with folks. It’s just not my way. I HAD TO BE OUT, like Harriet. I decided to send one last text, then hit my block button across every channel.

Toxic folks try to separate you from your people because it allows them better control of their prey. That never happened in this situation because my tribe is loyalty personified. They are my ride-or-die crew. I have a small immediate genetic family and a small group of chosen families. NONE of them liked the narc. The one that met face to face disliked the narc because “their energy was off.” Those that didn’t meet the narc face to face dispised them MORE. No one liked the narc. NO.ONE. That was the reddest of red flags for me. It was late, but it showed up.

The one problem with being out like Harriet was the narc had a lot of items at my house. So that complicated things. When dealing with narcs, you must make a clean break and go total NO contact if possible. I did block them, but I left my email open as a channel so they could arrange to gather their things. I couldn’t go full-on NO CONTACT yet, because I need their items out of my home. [Yes I saged my house.] So, I had to use a controlled contact strategy called grey rocking as a way to dialogue the least I could while positioning them to gather their things. [ I got multiple super long winded emails I would respond with yes, no, or ok. ] The narc promptly lost every bit of their crap due to being grey rocked, ignored, and blocked. These folks are attention seekers, and disregarding them is the worse thing ever. Sadly for them, ignoring folks is my superpower. I mastered it decades ago, and there are people I’ve been ignoring for decades. ANY. WHO.

Narcs have an overly inflated view of themselves to overcompensate and be in denial about their internal, low self-worth issues. So, ignoring their horrible asses conflicts with their need to feel important. I am careful about who I let in my life. I only invite those I believe will treat me as I treat them. So when a person is purposefully horrible, as narcissists tend to be, I have to check out and ignore them for self-preservation and peace.

In turning the page on this relationship, these were deal breakers for me:

Narcs usually discard their victims. When that happens, you rarely gain closure. However, when YOU discard a narc, it tears them up. Either way they will STILL try to hoover you forever. I knew I had to walk away. So, I started mentally and emotionally checking out around Valentine’s Day. I checked out because my boundaries were being violated, and there were consistent and aggressive efforts to control my actions, thoughts, and behaviors. More importantly, I was no longer enjoying the connection with this person. Closure for me ended with the saging of my home and an unbinding ceremony. I might post about my unbinding ceremony performed by my family. It was WILD.

Finally, whether we consider people toxic, narcissists, or something else. We must normalize walking away when we are not happy. We all deserve happy and healthy relationships. We must expect and demand them. Healthy relationships involve two people loving one another and don’t involve verbal, emotional, mental, or physical abusive behaviors. They don’t involve people who hurt one another. PERIOD. So, always demand more, and if the relationship feels wrong, it is. LEAVE.

If you haven’t read parts 1-4, please check them out. Also, I’ve posted some information about Narcissistic Personality Disorder below. 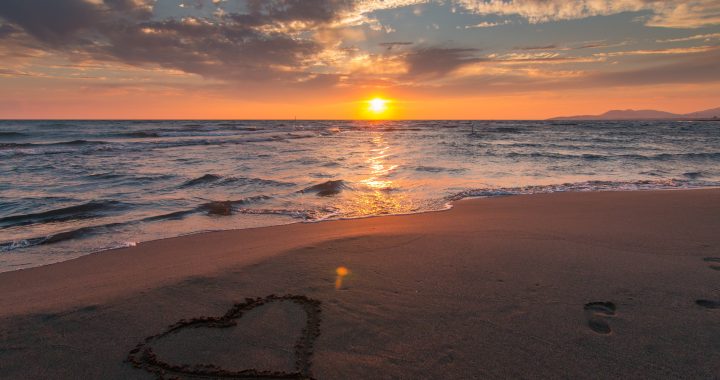